CREATING DIANA ROSS, taking a white girl, painting her to look like a black girl as if from a black and white photograph . . .  Confused? 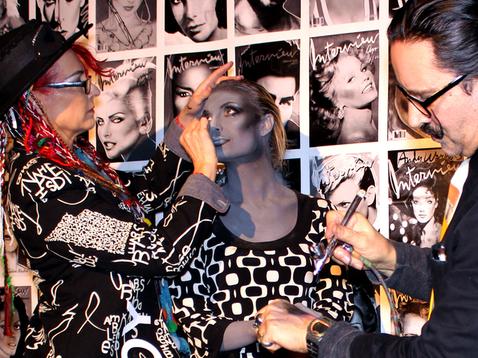 Studio 54 was a popular New York nightclub from 1977 until 1981. And again on January 24, 2015 when WhistlerBlackcombFoundation and TELUS WINTER CLASSIC brought the Night Club back to life for one night only. We were lucky enough to have the presence of such stars as Diana Ross, Tina Turner the legendary Devin, along with famed artists Salvidor Dali, Andy Warhol, designer Halston with his iconic Bunny Costume Deisgn that the provocative, erotically charged fashion photographer Helmut Newton made famous. I know you are thinking that some of these artists are no longer with us, but what can I say, it was a magical evening, The WhistlerBlackcomb Foundation raises record amount through its silent and Live Auction , which means more opportunities for local Sea to Sky charities.

Where the Stars come out to Play